Inspired by family friends who were in the wine business the once pre-med student Rob McNeill quickly discovered winemaking was "an impossibly fun way to apply science."

Some college kids make their first summer job rounds working at a burger joint or a small-town store. But Rob’s first job was a harvest at an iconic Napa winery – Chappellet. 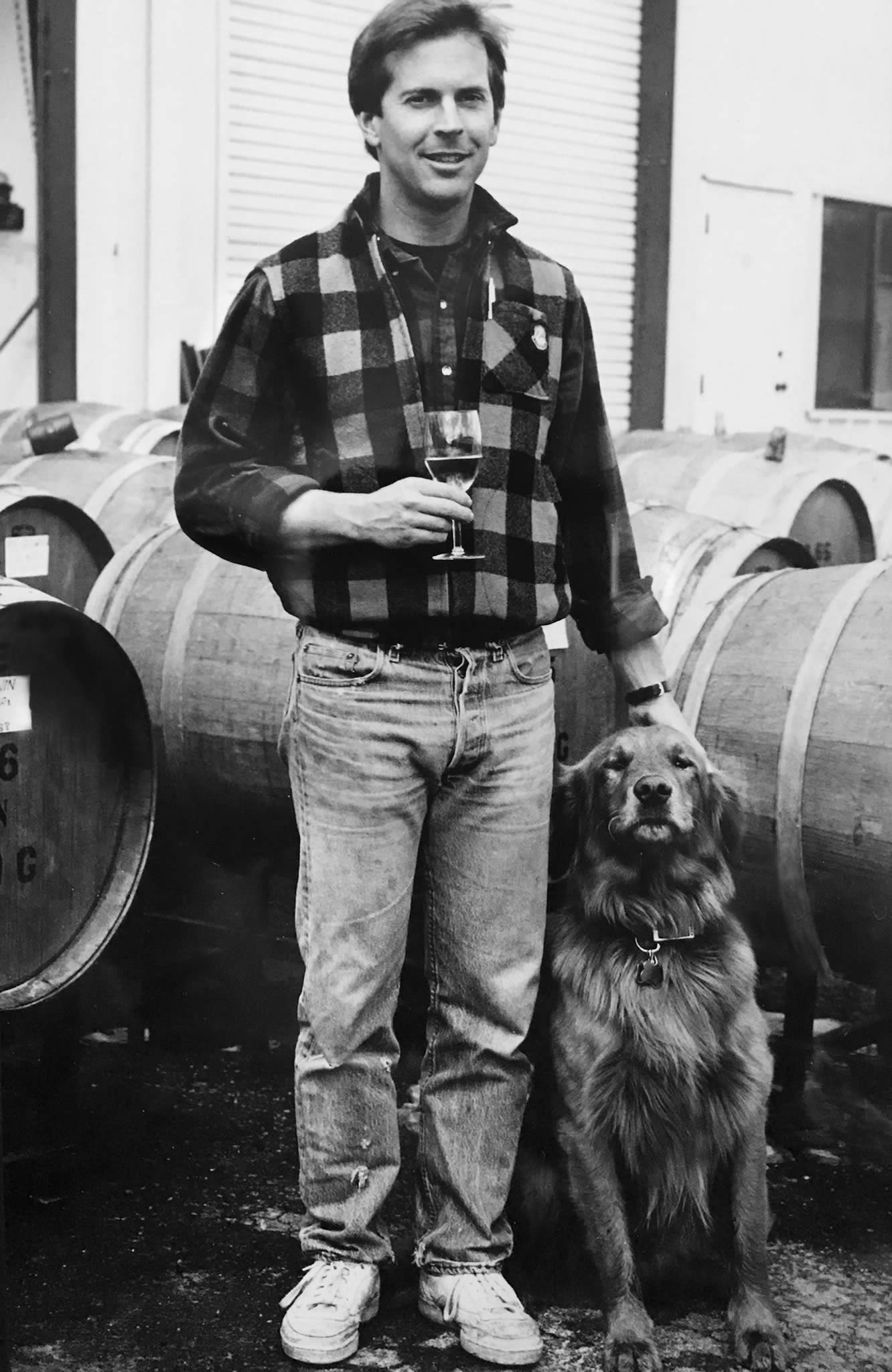 His friendly co-workers included pioneers in Napa wine – winemaker Cathy Corison, enologists Philip Titus (now Chappellet's winemaker), John Gibson and harvest intern Dave Long (David Arthur) – a young team who have since become legends in the Valley. “Dave and I used to tag team running an old valley foundry press and we had a blast,” Rob said. “We worked hard with many 12+ hour days and took a lot of pride in what we did.”

Following his first foray into wine and graduation from the Fermentation Science program at UC Davis, Rob jumped straight into work as an Assistant Winemaker at Schramsberg.

That’s where he learned the sparkling ropes – the ins and outs of producing everything from classic Blanc de Blancs to sparkling Rosé in the méthode traditionnelle – right as Schramsberg was getting its footing as a Champagne contender. Rob signed on as the Davies were expanding their wine footprint and moving out of the estate's 19th-century Victorian mansion – bringing it back to life as one of the most prestigious sparkling houses in America.

“I was fortunate to be hired at Schramsberg,” Rob said. “It set me on a path of bubbles!”

Building a sparkling reputation
Rob earned his first official Winemaker title at Scharffenberger, where he helped the winery land a bubbly on Wine Spectator's Top 100 list. From there, he spent 8 years for Remi Martin, including concurrent positions as winemaker for Piper Sonoma and production manager for RMS Distillery before landing a Director of Winemaking and V.P. of Winemaking and Operations positions at Mumm Napa. He spent over a decade developing Mumm’s elegant portfolio – even collaborating with rock star Carlos Santana to produce the first edition of DVX.

How Angel funding changed him
Rob’s spent years making the kinds of sparkling critics go gaga for and rubbing elbows with celebrities (even making the championship Brut prestige the San Francisco Giants sprayed in the locker room following their 2010 World Series win). But 35 years into this business, 2019 marks the very first time he sees sparkling made under his own personal label. 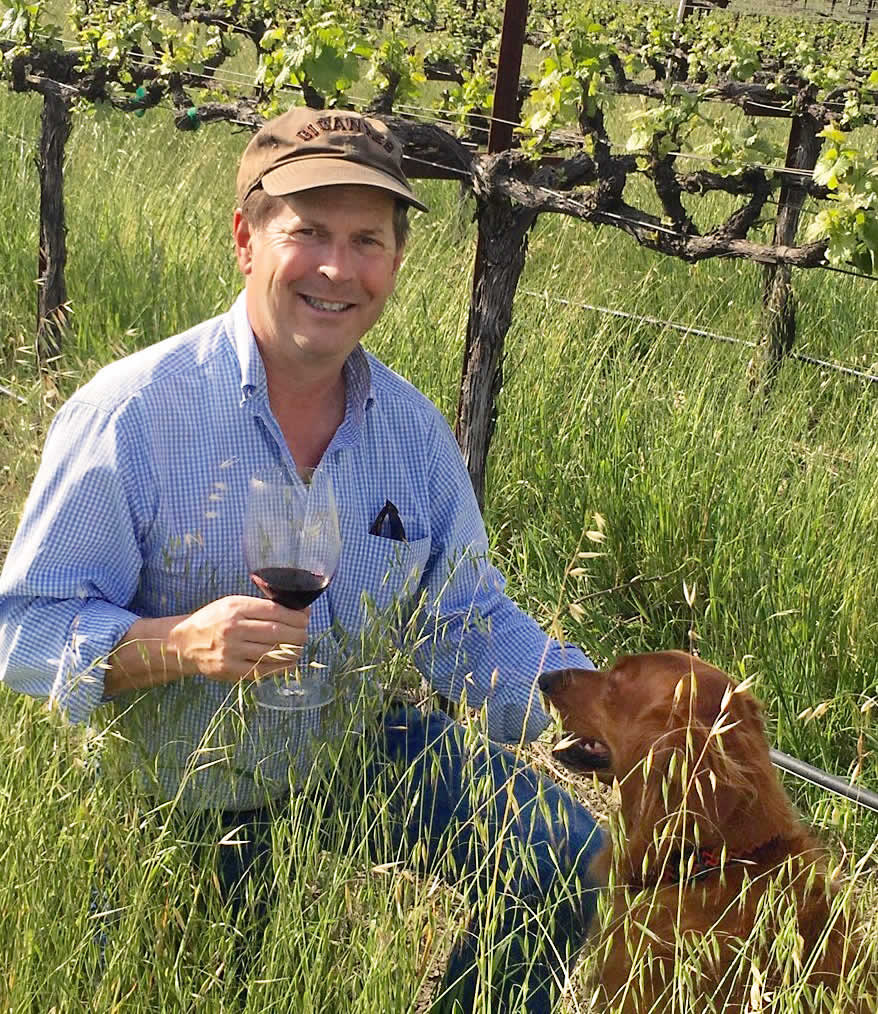 And nakedwines.com’s Angel investors are the reason.

“Your funding allows me to work in new ways,” Rob said. “I hope I do you proud – and create enjoyable wines that make your occasions special.”

When he’s not making sparkling wines, Rob spends his time with his wife and two children in Healdsburg CA – traveling, cooking and skiing (he’s an avid skier – resort and backcountry). Rob’s not afraid of black diamond slopes – he loves the challenge of summiting the steepest, tallest mountains – adventures that parallel winemaking. After all, you never know where a new trail will take you if you lean in.

Archangels are our most interactive customers. They know our wines inside out and help us discover new wines for the site!

Sorry, we don't support your browser!

We only support Internet Explorer from version 10.

When it comes to wine, a small step in price = a HUGE leap in quality and taste

By spending $12-$15 for a bottle of wine, you're actually getting more than DOUBLE the quality of wine than a $6-$7 bottle …pretty impressive huh?

Sound too good to be true? It's not. Here's how it works…

As the price of a bottle increases, more of your money goes towards the delicious juice in the bottle rather than tax, duty and other boring stuff that adds nothing to the taste.

So you get a LOT more bang for your buck

These Sweet Spot wines have benefited from the very best fruit picked from immaculate vineyards, oodles of TLC, and a lil' extra Angel-funding at every step of the winemaking process.

Pull yer socks up. Because if these Sweet Spot beauties don't blow 'em off I don't know what will

I guarantee our Sweet Spot wines will blow you away. If they don't, then I'll give you every single penny back. So you've really got nothing to lose.

You started a but didn't finish it. What would you like to do?